Wazzupppppppp!? Usually, it is my modus operandi not to rest until I have brought you all the pertinent news, but I am only one robot and shit is absolutely cockamamie out there at the moment. There is so much damned news going on that you could almost justify the existence of a 24-hour news channel or a daily newspaper! The point is, I have formed some truly marvellous opinions, which this blog is too narrow to contain.

This week we saw cancel culture claim another victim in body-positive Bratz Doll, Chrissy Teigen. All Teigen did was relentlessly harass a teenager online and encourage her to kill herself... You can't say anything anymore *eye-roll*. Just like the other million times she has done something gross, Teigen totally apologised already! Also this week, the Belarusian president hijacked a commercial flight to arrest a journalist (kind of) and Barack Obama confirmed that UFOs exist (also kind of). On the former point, I recommend checking out Glenn Greenwald's article (opens new window) about the time the United States unsuccessfully tried the same trick to arrest Edward Snowden. With regards to the UFO story, I honestly have no idea what is going on but was reminded of when the NSA gaslit a bunch of American citizens by "leaking" fake internal documents to ufologists. I briefly touched on that story in my decidedly unbrief piece How To Spot A Thylacine.

So if none of those stories made the cut, what the hell did??

Perhaps the most overused adjective with respect to the Israel-Palestine conflict is "complex". There is actually nothing complex about the murder of 248 Palestinians (including 66 children) at the hands of one of the most advanced militaries in the world. There is no context that can explain away the 950 airstrike attacks in Gaza that included targeting 40 schools, four hospitals and a refugee camp. There are no intricacies to be illuminated regarding the miserable conditions Palestinians endure under Israel's oppressive occupation of the West Bank.

The most recent conflict was sparked by demonstrations in Sheikh Jarrah in East Jerusalem after Israelis began literally walking into Palestinian homes and declaring "I live here now". The Jerusalem District Court subsequently ordered these Palestinian families (who had lived in their homes for generations) to vacate so Jewish settlers could move in. Seeing any complexity yet? The video below is not a novelty, by the way. It is simply what Zionism looks like on the ground.

This doesn't describe the Israeli occupier's logic only; it also describes the rudeness of those who support the Israeli colonial policies of expropriating the Palestinian occupied lands. pic.twitter.com/OSB0QejwCT

All of this was followed by a harsh intervention from Israeli security forces at the Al-Aqsa Mosque (the third holiest site in Islam) during Ramadan when they stormed the compound multiple times, injuring many worshippers. Hamas threatened to retaliate if these forces refused to leave the area and when they didn't they began firing rockets into Israel. It goes without saying that Hamas' actions are deplorable here but thankfully Israel has an incredible missile shield (known as the Iron Dome) which is very effective at intercepting and destroying these projectiles. While I do not want to minimise the very real suffering of Israeli citizens, by any metric this pain is collectively dwarfed by that of the Palestinians and it is also important to remember who is the occupier here and who has been displaced. The actions on both sides are patently immoral, but this is a deeply asymmetrical conflict in terms of power and while not all Palestinians support Hamas, for many, the group is their only option in terms of resistance. It is reminiscent of the scores of Sunni Syrians who despairingly turned to ISIS when faced with relentless bombings and chemical attacks from their president Bashar al-Assad.

The other context here is political. Benjamin Netanyahu performed poorly in a recent election and was very close to losing power before the rockets began launching last week. The strategy of cynically escalating tensions with Palestine to garner support has been employed by the Prime Minister many times before, but on this occasion, he had an added incentive of avoiding jail. In 2019, Netanyahu was officially indicted for fraud, breach of trust and accepting bribes and while there is still a long way to go in his trial, holding on to power does afford him more opportunities to influence the result. Netanyahu's skulduggery may explain part of the most recent flare-up, but be careful not to read too much into it. This is not an example of a despot acting unilaterally against the will of the people, and those that would replace him are unlikely to be any better. The uncomfortable truth is that these colonial policies are vote-winners.

These policies have also been popular with consecutive American administrations, who have provided nearly $240 billion of "assistance" to Israel since its inception. On this point, multiple existing U.S. laws prohibit the funding of foreign powers engaged in human rights violations, but both governments intentionally obfuscate the purpose and final use of military aid so that these laws can never effectively be enforced. For example, Israel is the only country that the U.S. provides military assistance to, where they do not track where weapons end up in the foreign military.

One heartening aspect of the recent violence has been a marked shift in the tone of coverage in the West. While there has been no shortage of blow-hards pontificating about the "right to defend" (including Australia's own cauliflower-brained Rowan Dean whose cretinous and unhinged tirade (opens new window) was retweeted by Netanyahu), many media organisations have been willing to criticise Israel for the first time. With that said, I do fear that the current situation may lead to more strident and vocal xenophobia towards members of the Jewish diaspora and this must be strongly condemned. Criticism of Israeli policy should not be confused with antisemitism, but through the perverse logic of some, recent events legitimise their already-held racist views, and there is no question that antisemites have been out in force in recent weeks. We saw with the increase in hate crimes towards Asian people in response to COVID-19, that it doesn't take much for the underlying racism in our communities to bubble up to the surface.

It is genuinely infuriating following Australian politics sometimes but I do it for my sins. Take, for example, the government's recent farcical plan to build a $600 million gas-fired "peaking" power plant at Kurri Kurri in NSW. Energy experts and the government's own advisers say that the project is unnecessary but that didn't stop Angus Taylor (the energy and emissions reduction minister LOL) getting out and spruiking this expensive, fossil-fuel-burning piece of shit kit four days before a state by-election in the region. And hey, it worked! Labor saw a huge swing against it in the Hunter seat and all was right in the world.

Coincidentally, last week also saw the International Energy Agency (historically a pretty conservative body) declare that if the world wants to reach net-zero emissions by 2050, no new oil, gas or coal development should be entertained, so why are Morrison and co pissing away all this money to break with their advice? They argue that the new plant is necessary for reliability and to keep electricity prices low as existing coal-fired power generators (specifically the Liddell power plant) close down in the coming years.

Let's unpack this. The Liddell power plant is very old and was always going to close in 2023, but it is looking increasingly likely that many more coal-fired generators will exit the market soon as they are priced out by solar and wind technologies. In short, not only is burning coal bad for the environment, it doesn't even make money anymore. This shift to renewables will require dispatchable power, but gas is only one option and is dirty and the most expensive. All of the experts (including a task force set up by the government) argue that the Kurri Kurri plant is not required to "keep the lights on" and that the gap left by Liddell will already be covered by other sources, but even if this were not the case, it would still be this inept government's fault, since, according to the private sector, their complete dearth of policy for the past decade is to blame for the lack in investment. Think of that... The laissez-faire "Liberal" party raising the ire of big business by intervening in the market! Tony Abbott must be rolling in that coffin he sleeps in.

Angus Taylor's other message is that this "investment" will keep prices down, but this ALSO doesn't stack up. Firstly the $600 million required to build the thing is tax-payer money. But additionally, by the government's own numbers, the plant will only run at 2% capacity and (as mentioned above) utilises a very expensive form of energy generation. It will take some surreal and tortuous logic to show how this can possibly result in dramatically lower electricity bills.

So climate scientists and activists don't want this plant built. Neither do the private energy sector or experts in the field. The endeavour also goes against the free-market ideology of typical Liberal party voters. So who exactly does this benefit? Well, the Environmental Impact Statement lodged with the NSW government says that that the plant will create "about 10 permanent full time equivalent jobs on site during operation", so I guess those ten lucky people... Oh and perhaps property developer Jeff McCloy, the owner of the Kurri Kurri site and self-described "walking ATM" major Liberal party donor.

A few weeks ago I put together my own triple feature of 2007 neo-westerns including "There Will Be Blood", "The Assassination Of Jesse James By The Coward Robert Ford" and "No Country For Old Men". I wrote a piece about these films and how they form a triptych of American decline for Understate Magazine (opens new window). I've also been a bit obsessed with the new Skrillex, Four Tet and Starrah track Butterflies (opens new window). Even in these times of ubiquitous shock-value collaborations, I don't believe anybody other than Four Tet could pull off projects with Skrillex and Madlib (surely two of the most disparate artists in electronic music) within a few months so effortlessly. 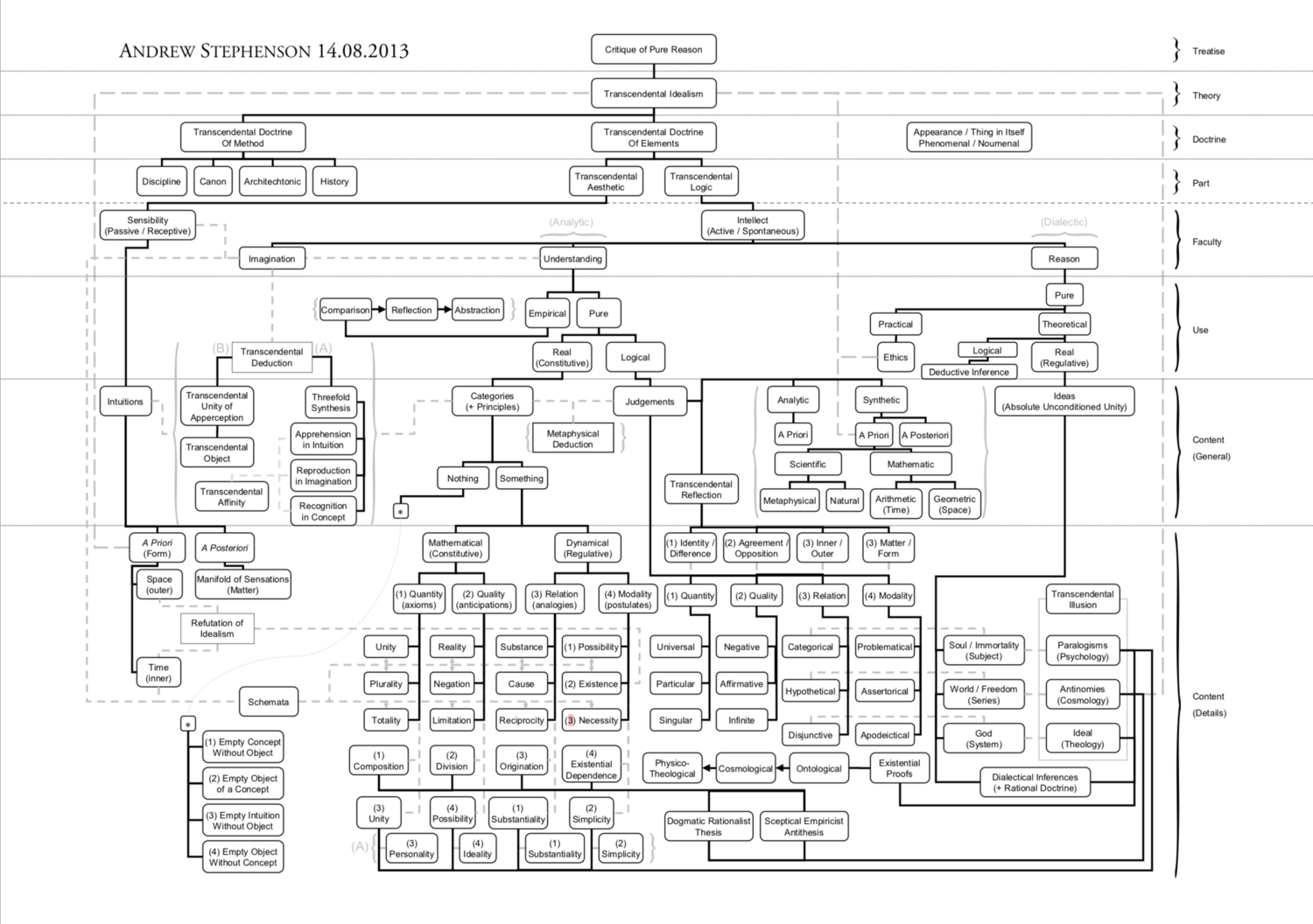